It is important to preview your script before making calls.

There are three types of script previews:

Use the Script Preview for Callers button to display the preview of the live script how it will appear to callers.

You can preview the logic of the script (without the same display) from inside the Script Manager. Though it doesn’t look exactly as it will to callers, using the testing panel is a quick way to demo your script. This is particularly useful when testing Visible If connections and the use of variables. 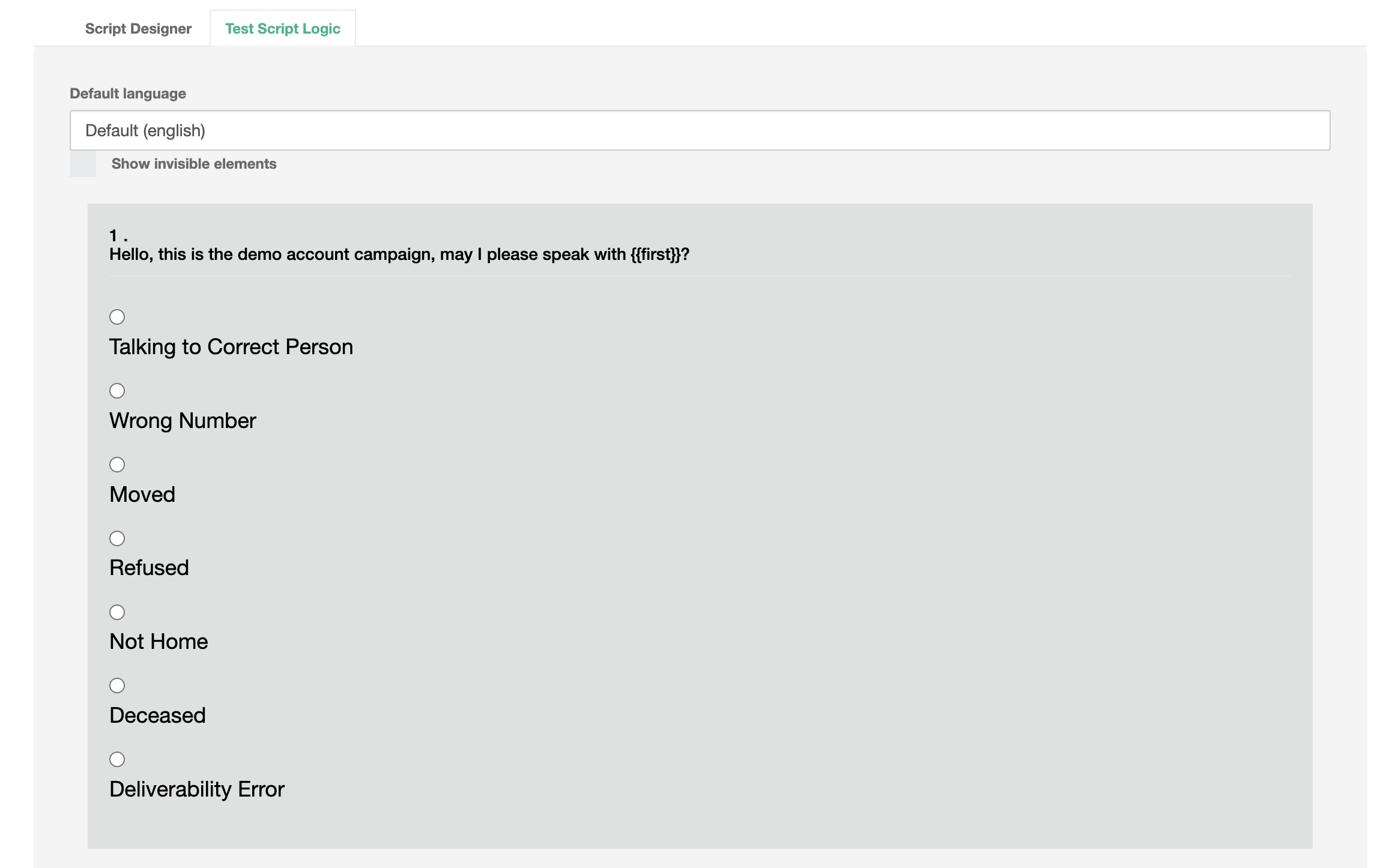 B
Brian is the author of this solution article.